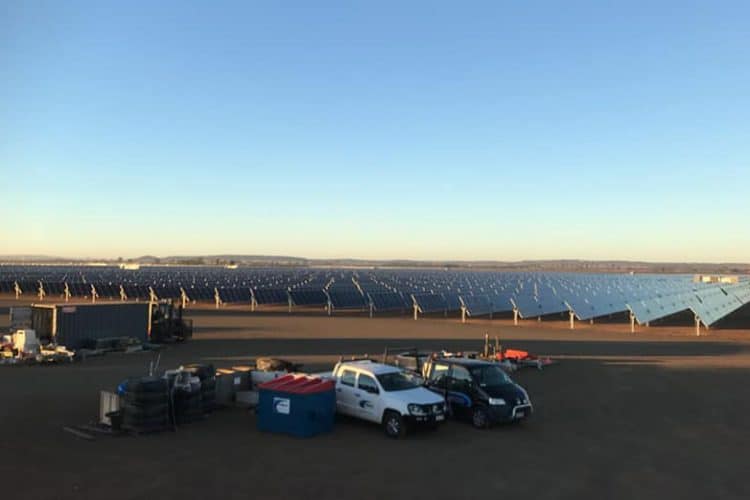 We have a team of workers at the Oakey Solar Farm, keeping the worksite clean and tidy.

Now, that may not seem like a significant statement, but if you consider that every single component that is installed at a Solar Power Plant is packed in plastic, foam, plastic binding and finally a box!… Multiply this by the number of panels you can see in this photo and again, since every panel has multiple components, you begin to understand the enormity of the undertaking.

Our team, including Sarah Scriven and Peter Carey are integral to a tidy and safe working environment on site, making for a highly efficient installation process, saving time money and probably injuries.

Much of the materials that are collected on the site are actually recyclable…  There are a mountain of boxes, kilometres of straps, bins of cable ties and a huge amount of electrical cable off-cuts. For this project we instigated an efficient system of capture and containment which actually makes the job of constructing the Solar Farm easier, thereby decreasing install time.

On other Solar Farm projects there has often been such a large amount of waste, it has delayed the project and created very expensive clean-up costs, into the millions of dollars. So, our role of our team on this project shouldn’t be underestimated.

More about the project

Oakey Solar Farm is a 80 MW solar photovoltaic project that will consist of 2 stages being a 25MW & 55MW. It is located in south east Queensland to the west of Toowoomba, approximately 6.5km to the west of the township of Oakey on the south side of the Warrego Highway. After being awarded funding by ARENA, the projects first stage (25MW) is to start construction in March 2017 with stage 2 (55MW) starting in July 2017. The Project has been planned and developed by Canadian Solar, one of the world’s largest solar companies (ranked #2 in 2015: PV Tech) with 5.7 targeted GW annually module manufacturing capacity and installed base of more than 10 GW solar power systems around the globe, of which over 1.8 GW implemented through EPC services. 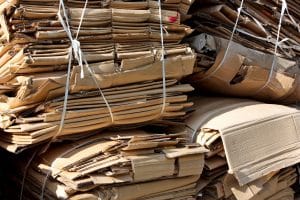 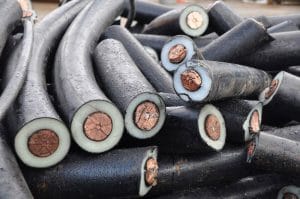 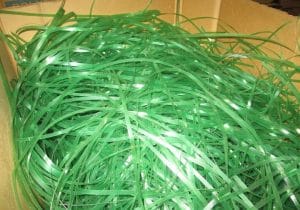